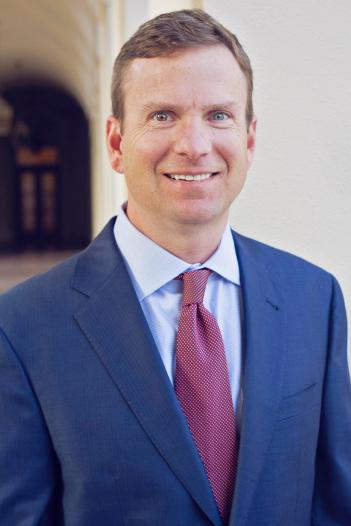 Matt is CEO and a founding partner of The Bridgeway Group. As CEO, his primary responsibilities include developing and setting the vision for the firm. Matt is a CERTIFIED FINANCIAL PLANNER™ practitioner and has been specializing in the financial needs of highly successful professionals and individuals for more than 19 years. As an Accredited Investment Fiduciary®, Matt helps businesses to implement fiduciary policies and practices.

Matt is actively involved in managing client relationships. He enjoys helping clients make the most of their money by working with them to build customized plans that create a sense of comfort and confidence in their financial future. Matt prides himself on being both educated and up to date on wealth management strategies and solutions while providing a high level of personal touch to his service.

Matt is an active community member and has served in leadership roles on boards for many not-for-profit organizations. He currently serves as board member and Treasurer of The Gooden Center in Pasadena. Matt is also a member of the Methodist Hospital Planned Giving Committee and a former board member of the Winners Foundation.

Matt and his wife Theresa reside in Sierra Madre with their son, Henry (1), and two dogs. In his free time, Matt enjoys playing golf, traveling, surfing, woodworking, and spending quality time with family and friends. 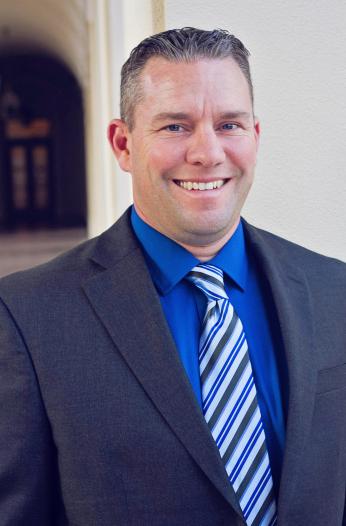 Sean was born and raised in Arcadia, California. After high school, he left for Arizona to attend, and later graduate from, Arizona State University with a degree in finance. Sean worked for Bank of Hawaii right out of college in its U.S. Corporate Credit Department in Phoenix, Arizona. He then moved to Chicago to do the same for Wells Fargo while dating his eventual wife, Kelly, whom he met at ASU. Sean didn’t last long in the Midwest, as he quickly realized how much he enjoys sunshine and flip flops. He convinced Kelly to toss out the snow gear, and they headed back to the warmth of the Los Angeles area, where Sean began his career helping people to plan for and succeed in retirement.

Sean has been working with his clients for more than 20 years. Next to his name, you will see the letters CFP®, which stands for CERTIFIED FINANCIAL PLANNER™. This means he has a passion for working with people who want to focus on getting their financial house in order, create a plan to meet their vision for retirement, and have someone work with them to see that plan through to the end. People’s lives are as dynamic as the world we live in—this is why Sean believes a working plan that takes into consideration all aspects of our financial lives is so important for financial success as well as peace of mind. This is at the heart of what he and the team at The Bridgeway Group do.

Outside of work, Sean and Kelly are kept busy raising their three energetic kids. Their children, Mckenzie (15), Parker (14), and Maddie (11), always have them running to soccer, basketball, flag football, or any number of other sporting events. Kelly works in the local school district as a 5th Grade teacher, a job that requires long hours and dedication to the needs of her students. When they get the opportunity to escape life’s daily routine, they enjoy camping, skiing, and visiting their timeshare in Princeville, Kauai.

Sean tries to stay active and keep up with Kelly, who frequently runs long-distance races. He loves to play basketball, soccer, and golf and regularly goes to the gym. He doesn't particularly like the gym; in fact, the 30 minutes he spends on the treadmill are the longest 30 minutes of his day. He has found, however, that his fondness for craft beer leaves him little choice. Sean and Kelly graduated from ASU and are a Sundevil family. Despite the fact the Sundevils have broken his heart many times over the last 20+ years, he is still an avid ASU football fan. 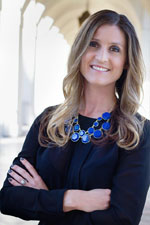 Theresa is our CMO and wealth manager. Throughout the past 12 years, Theresa has learned about all areas of the business and industry while obtaining her FINRA Series 6, 7, 63, and 66 securities registrations. She is passionate about helping people and cultivates deep relationships with clients to gain a thorough understanding of their needs and goals. As their trusted partner, Theresa works with her clients in order to devise strategies to help them achieve their most important financial goals.

Theresa and Matt reside in Sierra Madre with their two year-old son, Henry, as well as two dogs named Madison and Sweet Pea. She is an avid football fan of the USC Trojans and Philadelphia Eagles, and she runs a family fantasy football league every year. Away from work, she enjoys traveling, staying fit, scuba diving, spoiling her 21 nieces and nephews, and spending time with family and friends.

Scott is currently Wealth Manager at The Bridgeway Group and brings more than 5 years of industry experience to the firm. Previously he was an Associate Vice President for a registered investment advisory firm in Los Angeles. Scott actively works with clients by taking a holistic approach to create a plan tailored to their financial life. Scott is fully licensed with the CERTIFIED FINANCIAL PLANNER™ accreditation. The designation comes with extensive training in financial planning, estate planning, insurance, investments, taxes, employee benefits and retirement planning, and is held to the highest ethical and professional standard. His objective is not only to reach a client’s short and long-term goals, but make sure they are comfortable and confident every step of the way.

Scott was born and raised in Rancho Palos Verdes, California, where he discovered his passion for wealth management early on, as it provided the perfect way to combine his desire to help people and his interest in capital markets. Scott attended the University of Michigan, earning his bachelor's degree in economics and playing for the rugby team. Throughout high school and college, Scott set his focus on Wealth Management and gained valuable experience from various internships and mentors. Four cold winters later, he moved back to Los Angeles to be closer to family and friends.

Scott currently lives in Santa Monica with his dog, Tugg. He enjoys golfing, traveling, trying new restaurants, and taking on life's next adventure. Scott is a big sports fan and loves watching football, baseball, basketball and rugby. His favorite teams are the Los Angeles Lakers, Los Angeles Rams and the Michigan Wolverines. 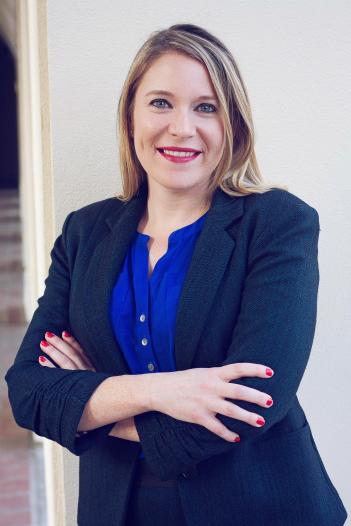 Tanya is our Client Services Manager and is the first point of contact for account and service needs. She joined The Bridgeway Group after more than 10 years of providing elite client service in both the public relations and digital media fields. Tanya is here to help answer your questions and direct you to the person who can best serve your needs if she cannot. She manages all aspects of day-to-day office operations and works to ensure that you receive timely and personalized service.

Tanya enjoys watching football and hockey, especially the Buffalo Bills and Buffalo Sabres. Away from work, she enjoys cooking, keeping up with pop culture, spinning, and trying new restaurants.

Lisa, who works in the Covina office, generates all client paperwork and assists in office operations, including the facilitation of all client communications. She manages our client database and maintains records for adherence to strict compliance regulations. She has worked with Sean for more than 15 years.